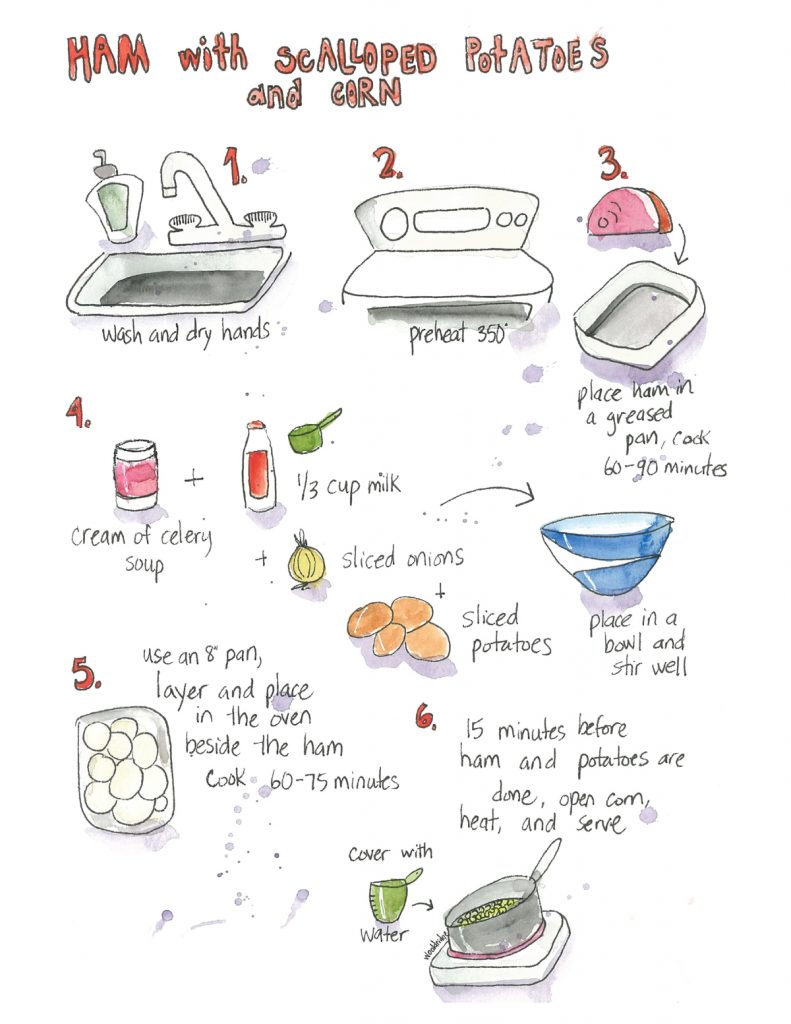 After you place the ham in the oven continue with preparing the potatoes.

When the ham is about 15 minutes from being finished cooking, prepare the corn.

Serve the sliced ham with a scoop of scalloped potatoes and a ½-cup corn per person.