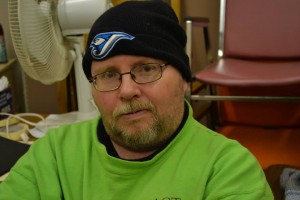 At a one day workshop hosted by the Prince Edward Island Association for Community Living and Partners for Change on the status of the institutionalization of persons with a disability on PEI, several self advocates participated in a panel presentation. Their stories are presented below.

My Story about Institutionalization: By Anthony Welsh

My name is Anthony Raymond Strickland Welsh but people call me “Tony”. I have a unique story about institutionalization. My life is all about it. I was adopted by Mrs. and Mr. George Welsh in the hospital when my real mother left me there. I don’t know who my real mother and father are but I would like to know in order to confront them and ask why they left me. I have such wonderful adoptive parents which I am very proud of. I have such a wonderful life and I am still going strong.

I was born with Epilepsy and a slight case of Cerebral Palsy but that hasn’t limited my activities in fact it has driven me more to improve myself. I have not had a seizure for 20 years or more approximately. During my life I have had accidents. I have drowned numerous times but friends have saved me so that I am grateful for that. I am an all around athlete in sports like bowling, curling, golf, track and field, wrestling, basketball, baseball and darts.

I am currently the President of the Charlottetown Lions Club. I have always been lucky and smart when I was born, but in 2001 I won $5000 on a lottery scratch ticket and bought two bikes worth close to $1000 together but one was stolen which I got back with help from some friends and family but then my second bike was stolen which was never recovered but I got insurance money for it and I was on the news because of it and some help from Paul Stetson of Crime Stoppers. I give a donation to Crime Stoppers every year and also with the money I won I bought a computer with all the accessories worth $2500 at Future Shop. Now the scanner that I bought with it is outdated.

In 2004 I was lucky enough to win an all expense paid trip to Puerto Rico to see the first ever wrestling pay per view brawl of New Year’s Revolution on January 9th, 2005. I filled out a form in TV Guide and out of a million entries I was lucky enough to win so I took my mother along and we flew up early Friday morning and came back Monday but our flight was cancelled so we had a stopover in Montreal and flew home early Tuesday morning and when I got home the airport lost my luggage but they recovered it and flew it back home from Philadelphia airport the next day.

My first apartment was in the Kay Reynolds Centre. I was one of the many first residents in that place when it opened. I have had three apartments including my current apartment at Harbourside. I have had such a wonderful and exciting life and I am still going strong and I am proud of it.

I am currently a volunteer for Confederation Centre. I volunteered for the British Invasion Open House. I also volunteer for a lot of things and I also belong to a lot of organizations and I volunteer for auditions and plays. I am currently a board member of the PEI ACL, the Charlottetown Lions club, my VAC/ Public Service Bowling league and I am currently a member of A.C.T ( a community theatre) other past organizations I belonged to in the past was : Canadian Cancer Society, Go-Getters, Allied Youth, Crime Prevention Association, Council of the Disabled, PEI Rec and Sport for the physically challenged, Sport PEI, Special Olympics, and Red Cross plus QCRS, Charlottetown Bicycle club, Charlottetown Winter Carnival, as the mascot and the Mascot at the Canada Games, festival of the fathers and Capital City Air Show. I am also a longtime volunteer of the Festival of the Lights, Jack Frost and the Shellfish Festival and currently the PEI Marathon.

My Successful plays I volunteered for are:

I am currently helping out in two future plays coming up plus a film debut called Mercy, plus once I appeared on a television series called Adventures of the Aftermath Crew. It is still shown on the series. How I hope this story interests you so much, it was a pleasure writing it and have a wonderful day and goodbye to all the nice people out there. Have a wonderful day.